On the 18 and 19 of July of 2018, at the Faculty of Engineering of the University of Porto, took place the PNUM-2018 Congress with the central theme of “The production of the Territory: forms, processes, designs”, organised by the Rede Lusófona de Morfologia Urbana (Lusophone Network of Urban Morphology).
In this meeting that gathered national and international researchers, Pedro Luz Pinto, researcher of the project, presented a paper titled: “PP4 and Vila Expo’ 98 – 20 years of an idea of urban design”.

The article sought to reflect on this operation of the reconversion of Lisbon’s Eastern Riverside Area, which transformed 340 hectares of industrial and port land into an urban environment extending over a fluvial front of approximately 5 km. These operations were organized by a general plan and five executive plans, called by the denomination of detail plans, and their public space projects.

The case study of the article is the Zone 4 of Expo’98, which was structured by the Detail Plan 4 (PP4,1994) and the corresponding Public Space Project (1996), and designed by the architecture office Utopos, coordinated by the architects Duarte Cabral de Mello and Maria Manuel Godinho de Almeida.

The analysis of the objectives and strategies of urban design of Detail Plan 4, allowed to establish judgments between opposites, as (i) modernity-tradition; (ii) continuity-rupture; (iii) Constructed morphology-built environment; (iv) Planning-architecture. The article is based on the documents of the Expo’98 General Masterplan and the documentation of the detailed plan and the public space project of the PP4. 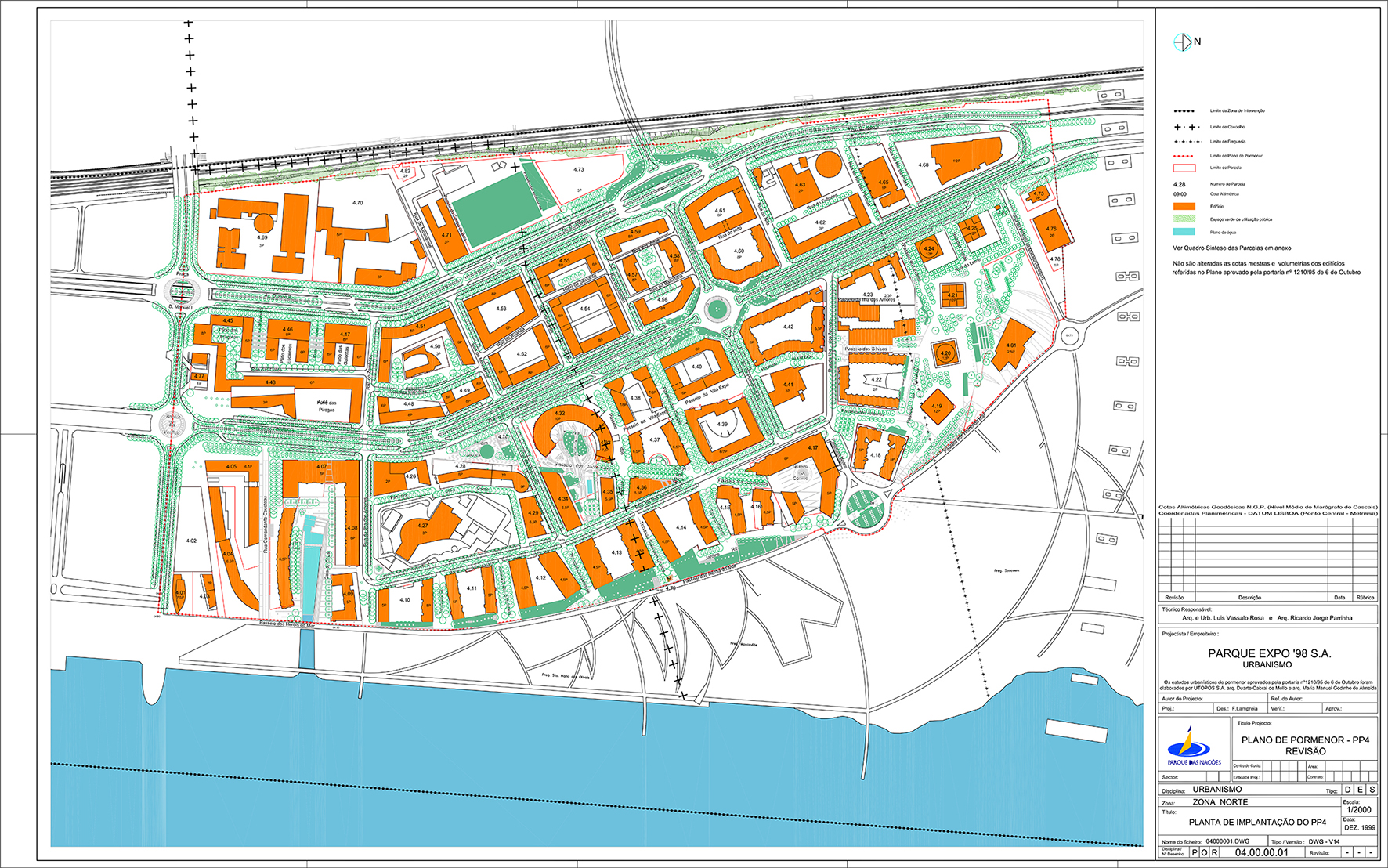 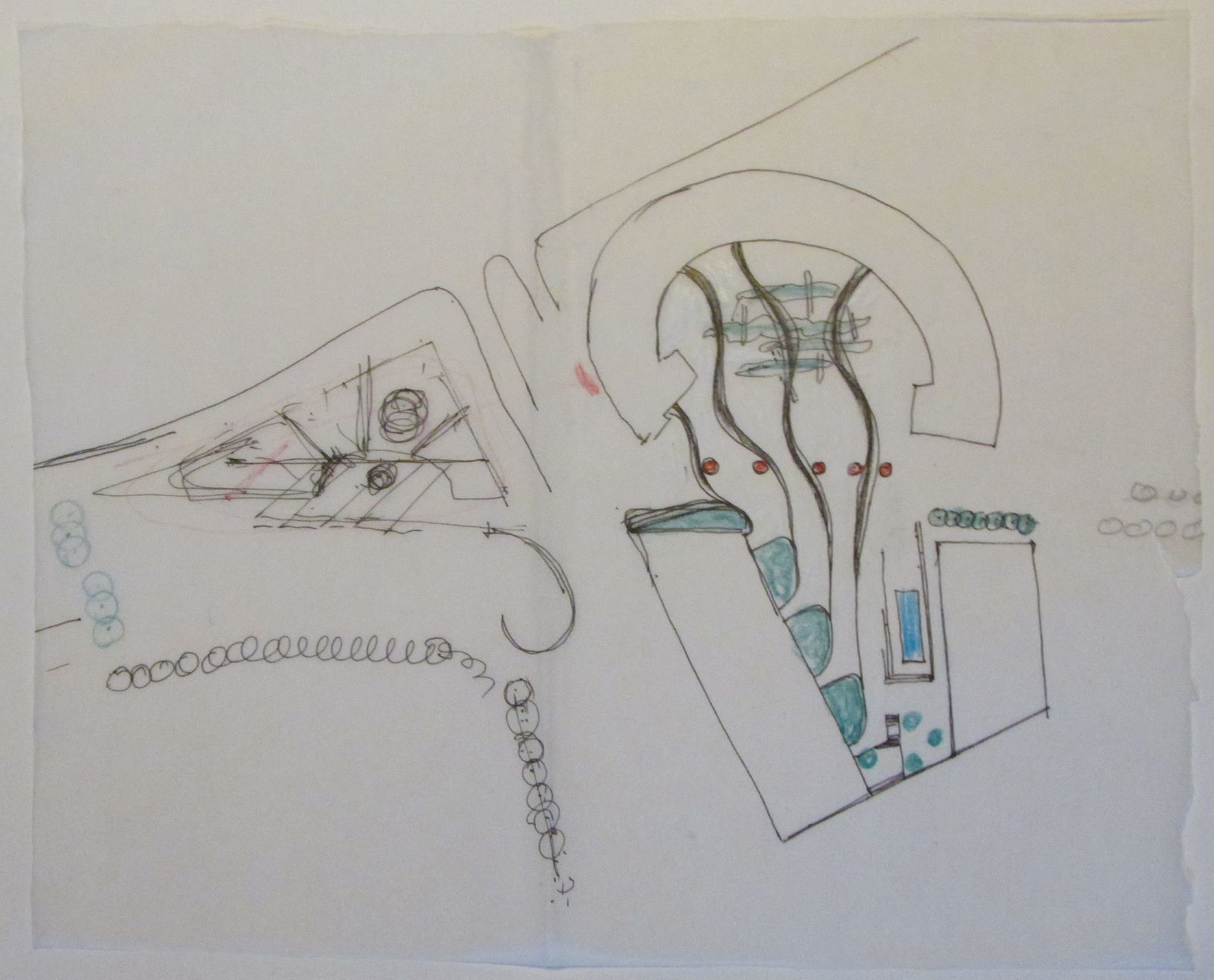 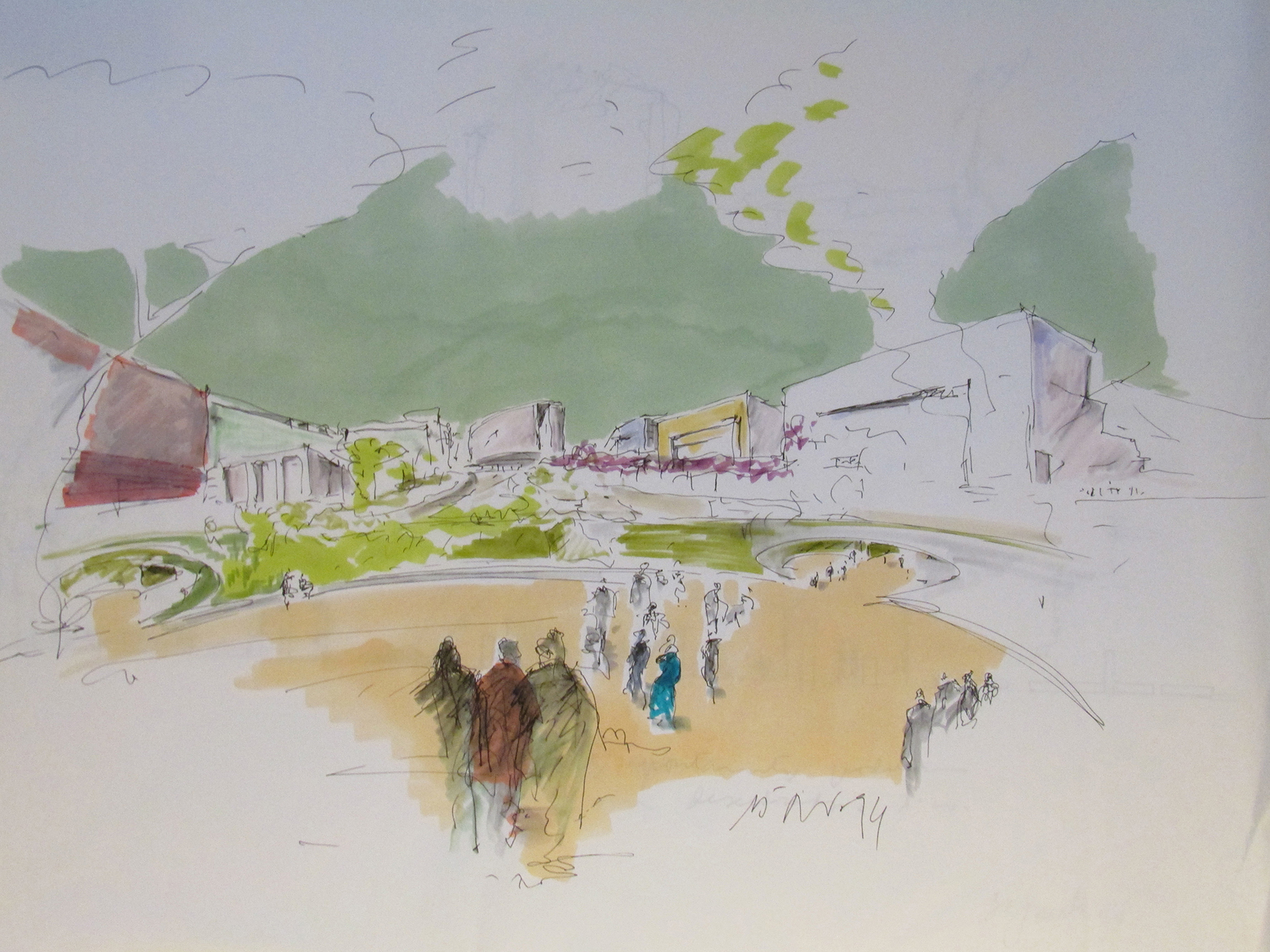 Sketches from the Detail Plan PP4.